After the two morning games only three teams won both games. In the key game of the third round, two of those unbeaten teams faced off against each other, with the team of Linda Gorman and Emily McNamara beating Kelly Robertson and Naomi Yamasaki 12-6.

Gorman and McNamara went into the last game knowing that a victory against the novice team of Cathy Hine and Gay Hawley would guarantee them the title and they held their nerve to make it four wins from four games (12 points). They get their names on the coveted winners plaque for the first time. 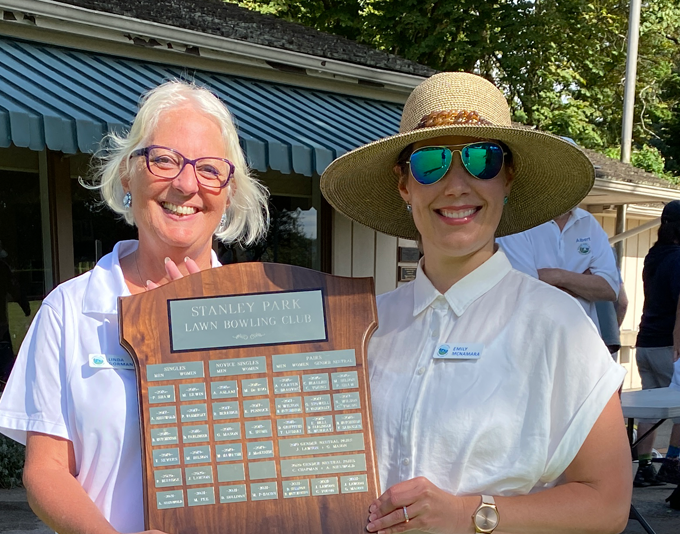 Although unbeaten in their four games with a 3-1-0 record, Petra Vanderley and Geordie had to settle for second place for the second year running. The team of Monika Postle-Hacon and Jenny Wong claimed the third place prize money, accumulating 9 points from their four games. 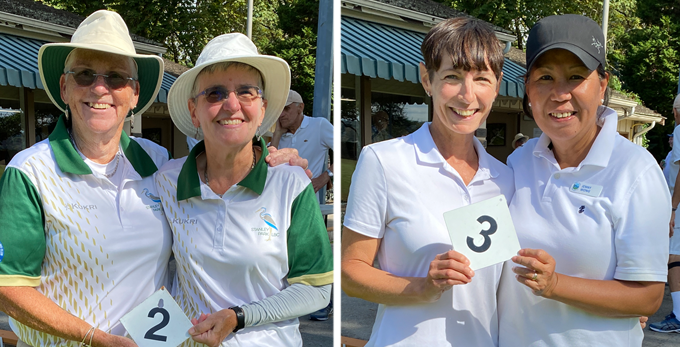 The 2022 SPLBC Men’s Pairs Championship was a hard fought competition that went right to the last end with four teams all finishing tied on 9 points.

Although three teams had perfect 2-0 records at the lunch break, after the third round of games the defending champions Brian Hutchinson and David Sullivan remained alone at the top with a 3-0 record and a commanding differential of +24 as they looked poised to win for the second straight year.

But it was not to be as Hutchinson and Sullivan lost 12-3 to the eventual third place finishers Graham Mason and Wayne Hawrysh, while Albert Nieuwold and John Kruzick edged them on differential after a big 15-4 win in their last game to become the 2022 Men’s Pairs Champions. It was a thrilling finish to the day. 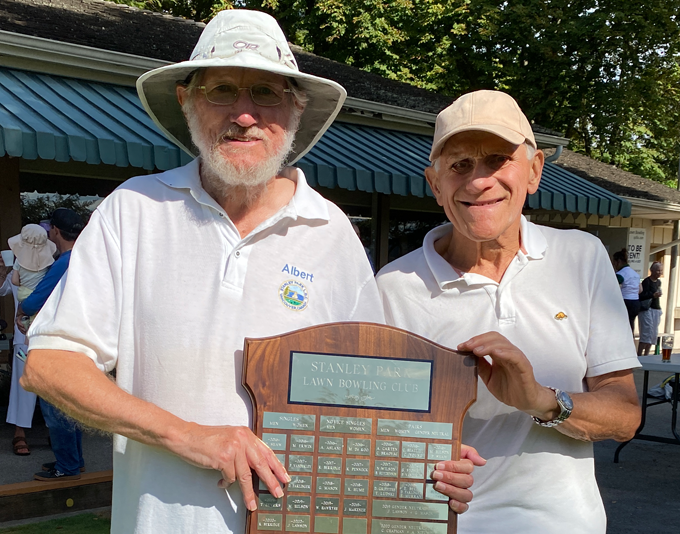 Fourth place finishers Claus Braovac and Terry Severs were actually tied with Mason/Hawrysh on shot differential, only to lose out on the prize money when the ‘Strength of Opposition’ tie breaker was activated. 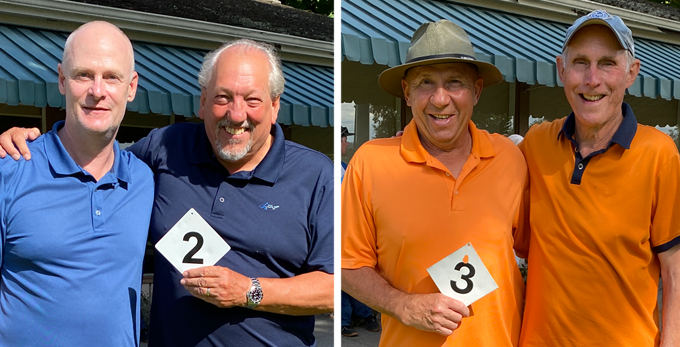